After 14 years of work, we have finally published this synthesis: Angew. Chem. Int. Ed., 2018, 57, 1346–1350 (open access). It was well received by the reviewers and selected as a Hot Paper. A self-study quiz can be found on Chemistry by Design. My hand, holding the countless CPA laboratory notebooks, even appeared on the departmental webpage! 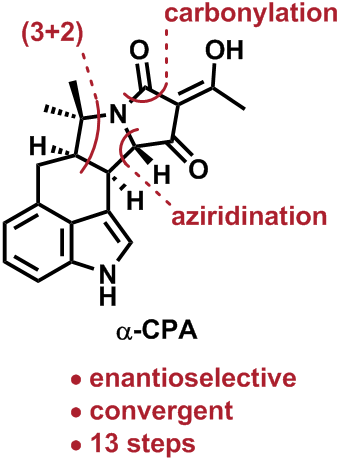 Why did it take so long? Well, the molecule is a wolf in sheep's clothes: despite its apparent simplicity, α-CPA resists the synthetic efforts due to instability, weird chromatographic behaviour, absorption onto glass and hard-to-control stereochemistry.

Cyclopiazonic acids were isolated in 1968 by Holzapfel from a fungus Penicillium cyclopium Westling. Later, it has been shown that this strain does not produce CPA, and the natural products actually come from P. commune, P. griseofulvum, and P. camemberti (a situation all too common in the natural product field!) CPA are moderately toxic and ubiquitous in dairy, grains, and other foodstuff, which made them important from the toxicology point of view. Several related products have been identified: the already mentioned (−)-α-CPA, (+)-iso-α-CPA (a diastereomer), α-CPA imine, speradines, aspergillines, and others.

Biosynthetically, α-CPA is produced from β-CPA, by an oxidative cationic cyclisation. Iso-α-CPA and α-CPA imine could be real natural products or just the isolation artefacts.

At the outset of Aggarwal synthesis (early 2000!), only 2 total syntheses of α-CPA were known: that by Kozikowski (1984) and by Natsume (1985). By the time we conquered the molecule, two more groups jumped into – those of Knight and Scherkenbeck.

Our approach was radically different to others and involved a bioinspired intramolecular (3+2)-cycloaddition of a chiral aziridine onto a pendant alkene (some say it's a formal cycloaddition, however the IUPAC definition leaves this open to some discussion). The enantioenriched aziridine, in turn, would be prepared by group's own enantioselective aziridination of imines with chiral sulfonium ylides. 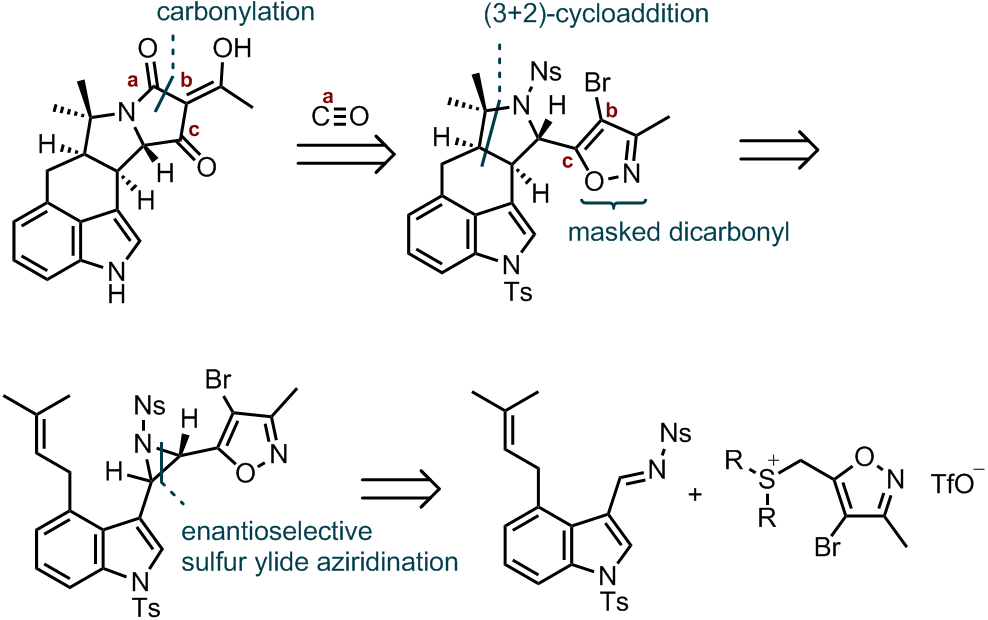 In the latter reaction, a chiral sulfide is treated with an alkylating agent to give a sulfonium salt, which is then deprotonated to give the ylide. The ylide adds enantioselective to an aldehyde or an activated imine in a Corey-Chaykovsky-like fashion.

The two building blocks, the imine and the sulfonium salts, were in the end prepared by streamlined sequences from commercially available materials. The coupling of the "2nd generation" salt gave N-Ns aziridine in excellent er (98:2 for trans) and inconsequential, but still good, dr (trans/cis 10:1). Intramolecular cycloaddition of the aziridine with a nearby alkene then gave the desired pyrrolidine (resembling our previous synthesis of kainic acid). The last key step of the sequence was a Pd-promoted one-pot carbonylative cyclisation/N–O bond reduction, which proceeded in surprisingly good yields. Hydrolysis under know conditions then delivered α-CPA along with iso-α-CPA. 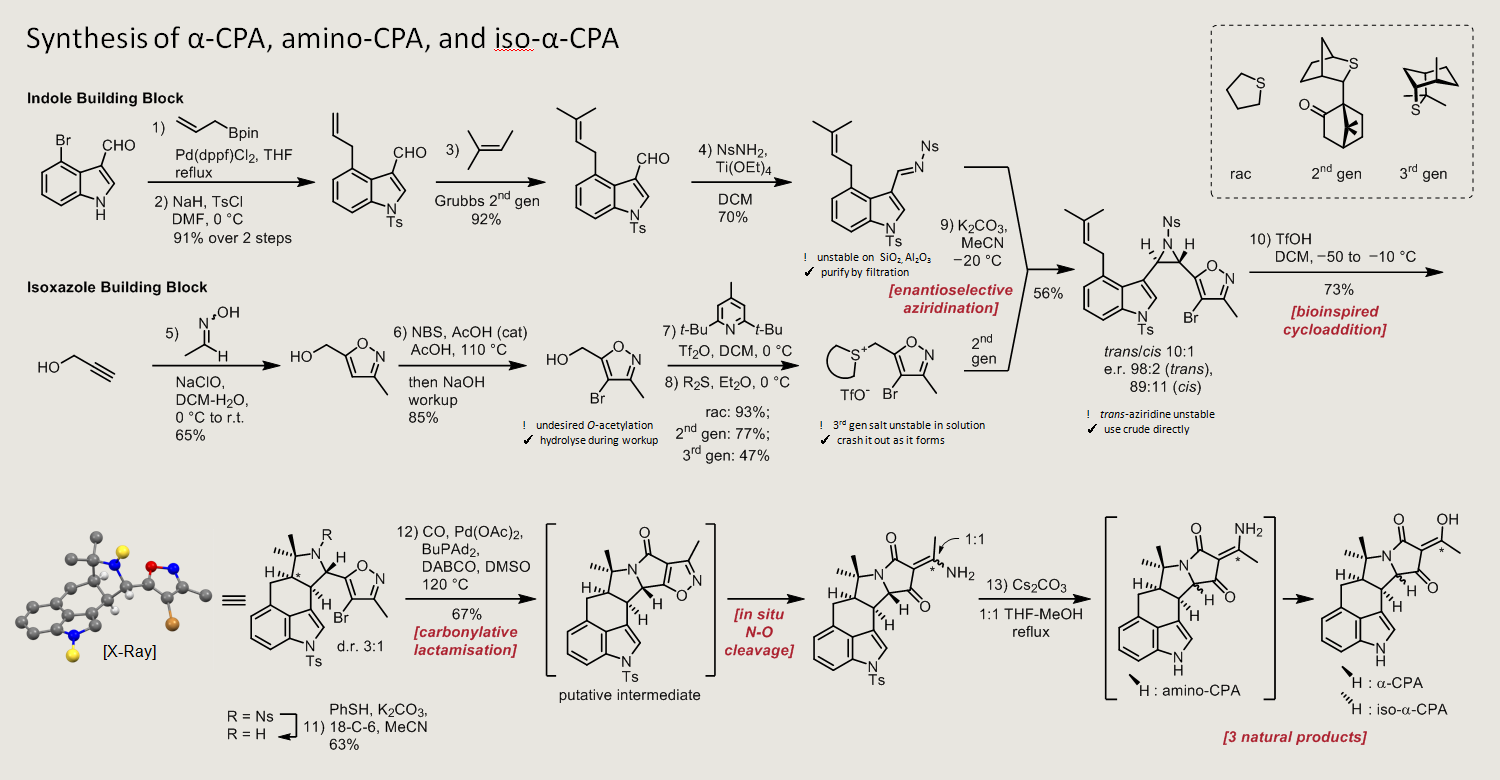 There are many behind-the-scenes stories but these will have to be covered elsewhere.